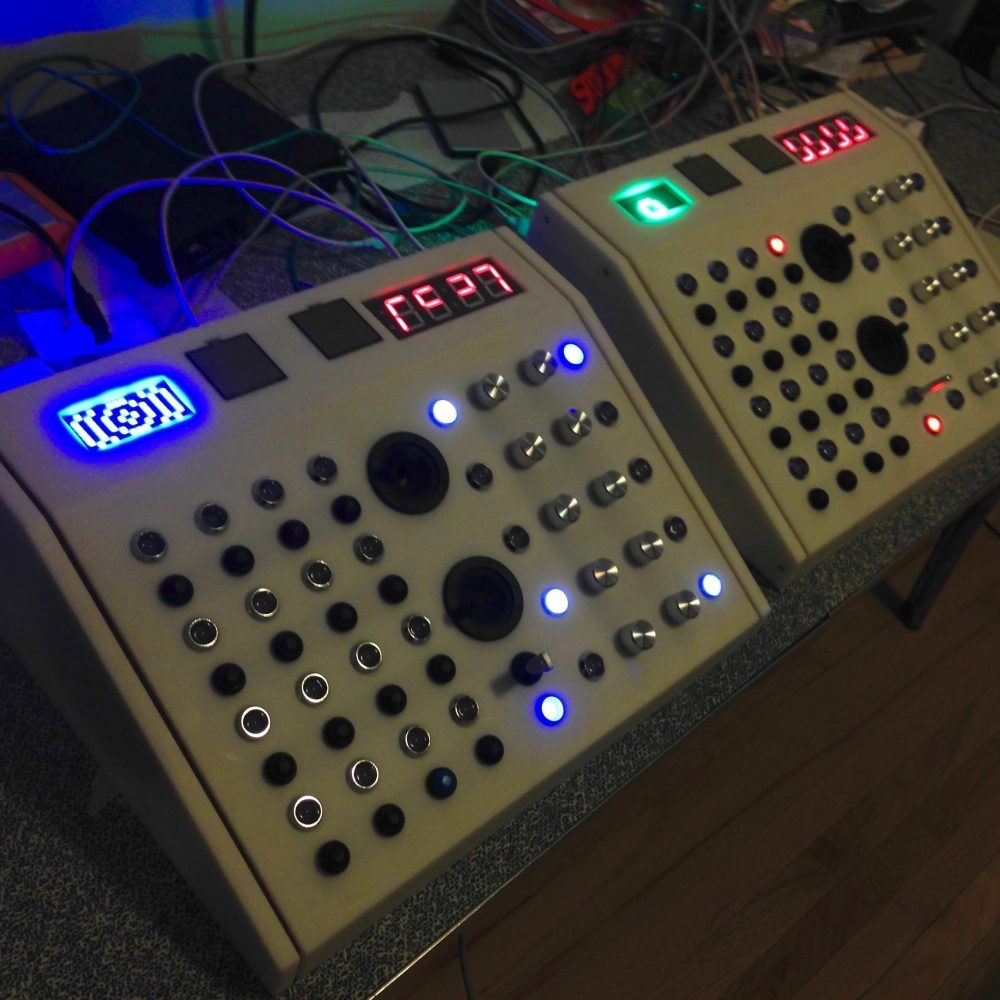 Smomid is a project by Nick Demopoulos, who is a performer, musician and instrument builder.  Smomid only utilizes instruments he has designed and built to perform interactive computer music. The name is derived from an acronym of his primary instrument: “String Modeling Midi Device.”

Smomid music often features glitchy and scattered beats, sampling, abstract textures, ambient spaces, and improvisation. Smomid music draws on many varied influences and creates bizarre juxtapositions with deft sonic versatility, with heavy beats, Gregorian Monks chanting and Taiko drum sounds all coexisting comfortably.  After listening to several Smomid tracks one gets the impression that anything is possible and that all sound universes can coexist.

One thing that doesn’t come across in an audio transmission is that there is also a visual aspect to Smomid Music. All the instruments emit light through high powered LEDs, and some illuminate visual animations and secret messages through several LED displays embedded in the instruments.

As a guitarist Nick Demopoulos worked with NEA jazz master Chico Hamilton between 2008-2013 and recorded on the albums The Inquiring Mind, Revelation and Euphoric. He also released recordings with Exegesis, a group that mixes jazz and electronic music. In 2008, on behalf of the U.S. State Department, Exegesis worked as cultural diplomats, performing in Bahrain, Yemen, Oman, U.A.E and Kuwait. Other artists he has performed and/or recorded with include Vernon Reid, Camille Brown, George Bohannon and Jimmy Owens. There are three full length albums of music created with Smomid and Pyramidi instruments, Pyramidi Scheme (2019), A Smoment in Time (2017), and Rhythms of Light (2015). With his Smomid Nick has performed at Lincoln Center, and been featured on the Discovery Science Network, Guitar World, Create Digital Music, and Metal Injection among other media outlets.