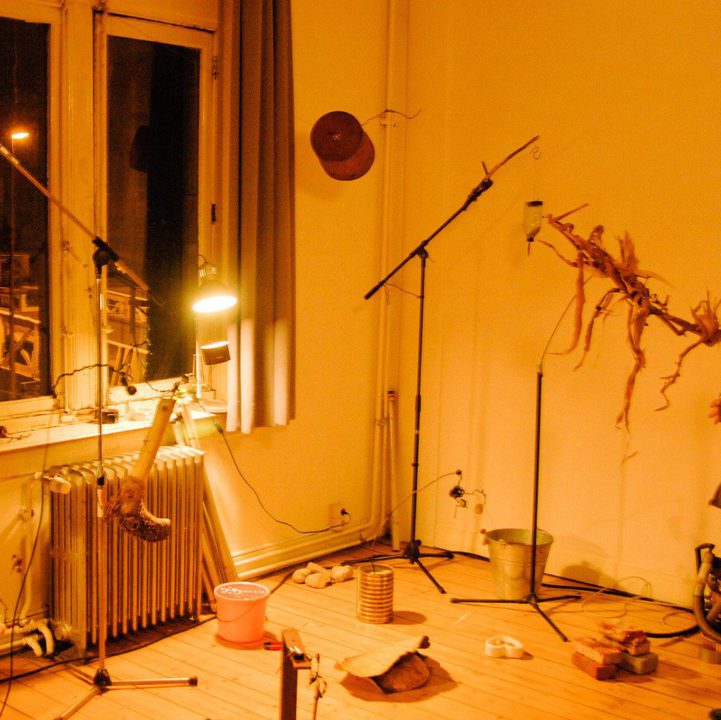 In the eighties studied percussion at Brussels Conservatory and spent a lot of times in a bell tower, learning carillon and listening to the sounds. Studying encouraged him to continue various things he did since his early childhood like throwing objects on the ground, shake them, hit them, caress them to hear what sounds come out ot them. Sounds of water drops falling on various materials always interested him a lot. Slowly he started to prolounge various objects and instruments with long steel wires connected to can resonators suspended in the space, probably influenced by the works of people like Alvin Lucier, Terry Fox, Paul Panhuysen…

Since the nineties he realize and exhibits indoor and outdoor sound and visual installations. Adapted to the place where they are exhibited, they are also materials for live performances.

Around 2000, started to explore various ways of making music with inverted Filter Queens vacuum cleaners. (They don’t suck, they blow.).

In 2012, he started to shake dead plants mecanically. Thanks to Rie Nakajima, he discovered the use of batteries so that the motors, free from cables not only shake the plants but move them sometimes in the space (auto-mobiles).