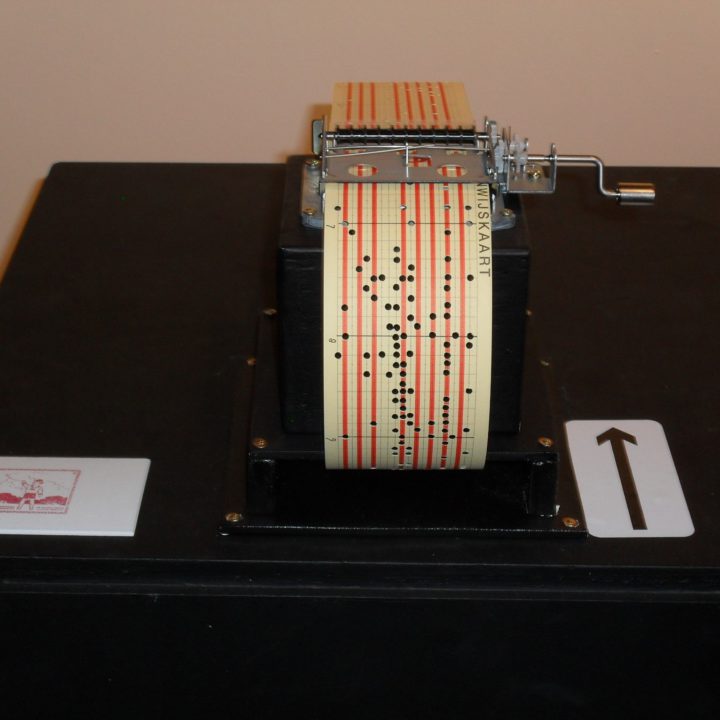 In 1983 began the collaboration between the artist couple Petra and Mario. Dance and music were combined in concerts, performances and theaterpieces.

From there their work evolved; the limits between movement and sound became more and more blurred, and Petra and Mario concluded that sound and movement are both based on vibration, and thus essentially have the same basis. Since then, their work developed in all possible forms: concerts, movement improvisations; and installations based on the changeable data of the weather; text notations intended as rhythmic patterns; and timetables of public transport that become scores for musical boxes.

The challenge is to work with a phenomenon that wants to escalate until ears and equipment are ruined, and to “treat” it so that interesting art (in whatever form) is the result. This also explains their interest to make art that is uncertain in how it exactly functions, and even sometimes if it will function.

Especially the research project WAVES of Petra and Mario is an example of this: by means of feedback, and / or dual feedback systems spaces are filled with standing waves, that change under the influence of human presence, movement, but also changes in temperature, draft, humidity, and much more phenomena. The noise becomes more complex or simpler, creates ‘beats’, overtones changes, timbre differences, and very rarely silence …

As improvising musicians both artists play with everything they can find. Most recently, their Table Project where they use an amplified table, some toys, metal rods, springs and rubber bands.