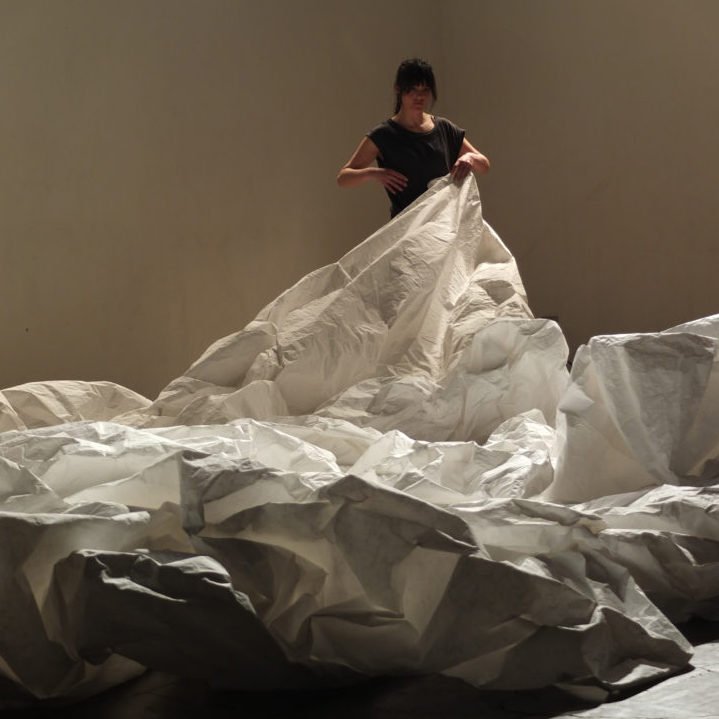 The Paper Ensemble is founded by Jochem van Tol in 2007 and developed with Ibelisse Guardia Ferragutti. He invented a series of sculptural paper instruments emerged from a research about sound, listening and composition.

Jochem van Tol and the Paper Ensemble give the visitor the opportunity to have an aesthetic experience that would remain hidden if not presented through the work of art. They challenge the borders of what we would define as an object, an image or a (musical) sound. They could be heard as regular sounds, or (when blowing against a sheet of the thinnest paper) not been heard at all, but by putting these sounds in a specific composition, well timed and precisely played, the sounds attain a musical and performative quality that challenges the visitor’s awareness of sound and music in general. The Paper Ensemble catches the magic of a silent material and enlarges it in a poetic and moving way.

For the Paper Ensemble scores – the written forms of musical compositions- are vehicles for both visual and musical experimentations. The Paper Ensemble has developed idiosyncratic methods of graphic notation, generating scores that look like drawings rather than traditional sheet music. Their scores offer instructions, but they leave ample room for interpretation and improvisation. Performers don’t simply read the scores; they must decide how to interpret the compositions’ visual cues.

In 2012 they won the Grand Prize for their performance #8 at Tokyo Wonder Site’s Experimental Sound&Art Festival, Japan.