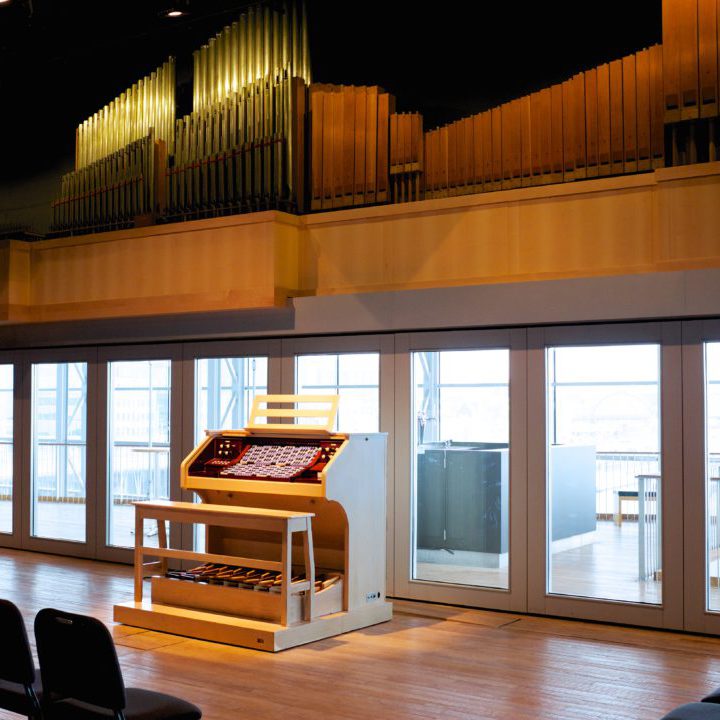 Melle Weijters plays the microtonal Fokker organ with his guitar!

The 31-tone pipe organ was built and installed in Teyler’s Museum (Haarlem) in 1950 after a design by A.D. Fokker, a well know Dutch physicist and music theorist. The organ has two 31-tone manual keyboards (with 143 keys each) and one 31-tone pedal keyboard (with 45 keys). In total 648 pipes are present divided over 6 unique sounding registers. The keyboard design is based on the idea of the ‘generalised keyboard’ as developed by R.H.M Bosanquet (1876). The organ has inspired many composers – in the past and in the present – to write music for it. There have never been very many performers on the instrument. Names that can be mentioned are Fokker himself, Anton de Beer and the current player Ere Lievonen.

Since it was restored and rebuilt at the Muziekgebouw aan ’t IJ in 2009, it is also possible to control the entire instrument with a computer through the MIDI-protocol. This opens up a whole new spectrum of possibilities for composers as well as for performers.