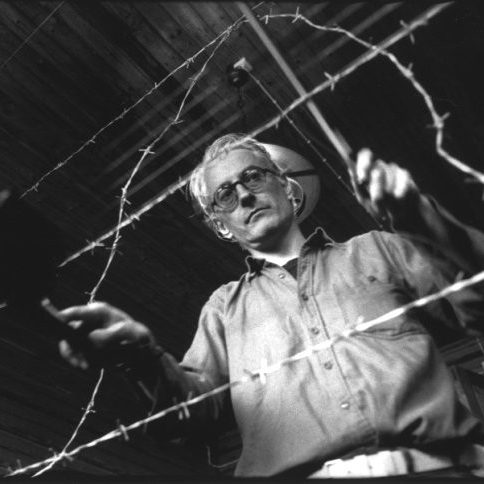 For over 40 years Australian violinist, improviser, composer, inventor of musical instruments, and writer, Jon Rose has been at the sharp end of experimental, new and improvised music on the global stage. In 2012, he was awarded The Australia Council’s most prestigious award for life long contribution to Australian Music – The Don Banks Prize.

Most known is his “Great Fences of Australia” project, least known are “The Relative Violins”, over 25 instruments which  were invented or hacked violin type instruments specially created for Australian conditions including the notorious “Triple Neck, Double Piston, Wheeling violin”. In conjunction with Steim, he invented the interactive violin MIDI bow which was to be heard as “The Hyperstring Project” on stages around the world by 1987.  And Jon has recently been turning car wrecks into musical instruments in remote Aboriginal communities.