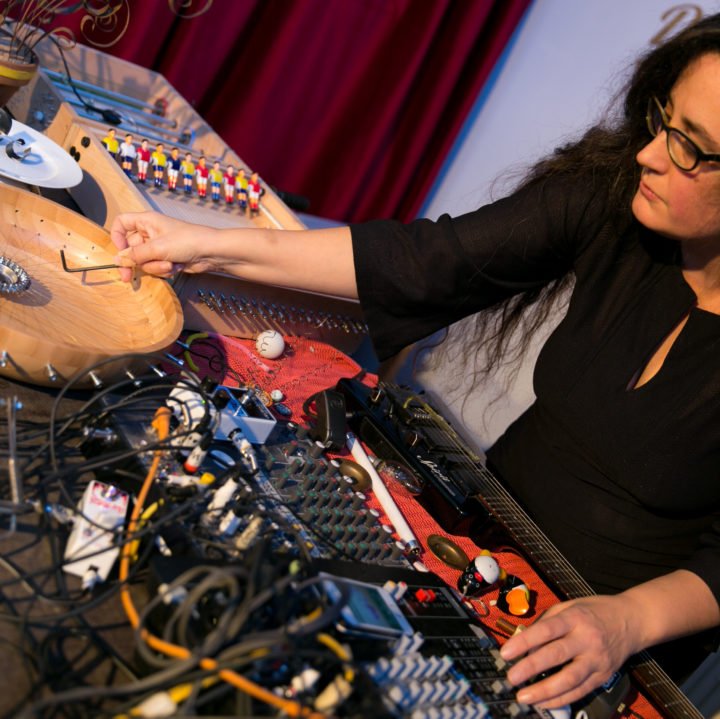 Eli Gras is a multidisciplinary artist from Barcelona, with a career in experimental and underground music since the early 80s. Musically, she has come a long way via traditional Greek music, minimalism, folk, choral, noise, electro pop and free electronica, but her music practice is now mainly focused on experimental improvisation. Her work has been described as ‘scientific bricolage music’. She frequently performs with self-invented instruments, in which visual elements can be just as important as the sounds they produce. She played together with artists like Hans Joachim Roedelius, Pierre Bastien, Jaki Liebezeit and David Fenech. She is the founder of the NoNoLogic festival and record label La Olla Expréss.