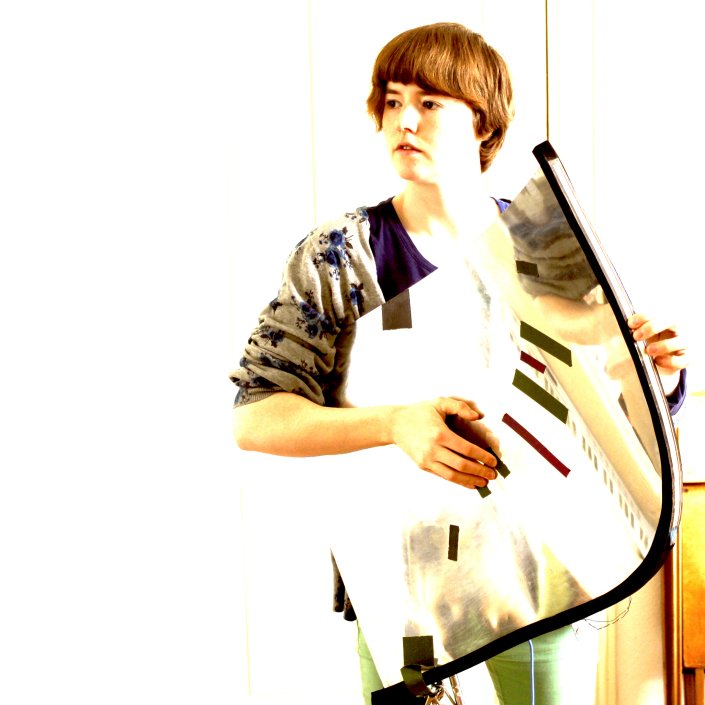 Dianne Verdonk – performer, composer and instrument developer – seeks the ultimate, personal form of musical expression in the creation and performance of electroacoustic music. For years, she operated within different contexts as a double bass- and cello player, but her craving for making and performing electronic music roused her to start the creation of La Diantenne, an electronic instrument to realize her personal needs for expression.

Bellyhorn is her second instrument which she developed during a recent residency at Gaudeamus Muziekweek in cooperation with four designers based at Vechtclub XL in Utrecht (David Menting, Daniëlle van Lunteren, Toon Welling and Quinten Swagerman). A third instrument became Pulseyarn, a big pendulum to create rhythms on the spot.

With La Diantenne, she composes and performs richly colored songs. With Bellyhorn and Pulseyarn she explores performance contexts with a prominent role for visual and physical interaction with the instruments.